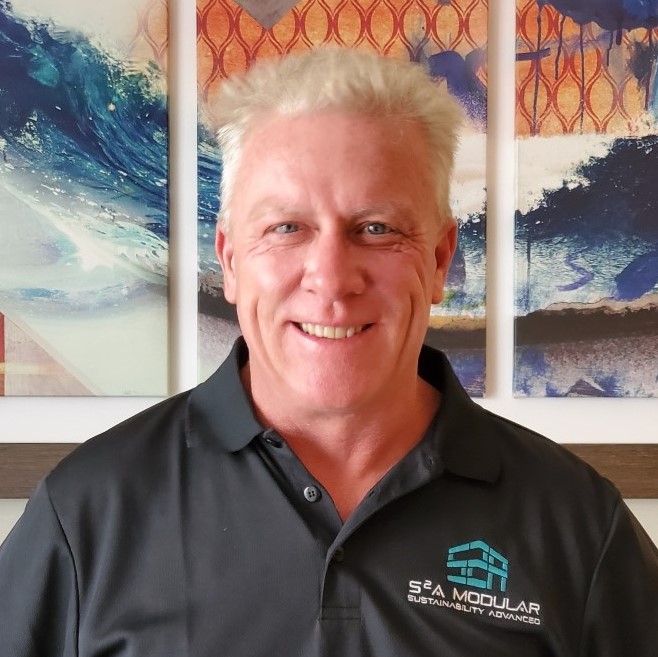 John Rowland is the president and co-founder of S²A Modular. A visionary with a passion for designing homes, hotels, and multi-family buildings to a new standard of sustainability– John’s career had focused on land entitlement, land development and development feasibility analysis. In most recent years, he has shifted to a primary focus of engineering the most advanced self-sufficient homes in the world – paving the way to his success in building the second off-grid Tesla Powerwall-powered smart home in the United States.

Since 1997, John has kept his pulse on home buying and home building trends. During this time, he has designed and engineered projects, secured prime buildable land and developed custom residential projects throughout southern California. He has spent years perfecting the entitlement process now enhanced with the modular state approval process which streamlines S²A Modular’s processing abilities. This can often take up to 12 months of processing time and John has improved by 50%.

As president and cofounder, John takes and cultivates vendor and supplier relations to ensure S²A maintains the best pricing and product selection, as well as vetting and handling contract negotiations with sub-contractors. Because of the strong relationships created during this process it has allowed John to secure exclusive contracts with suppliers such as FreeVolt Solar from Poland. John is never happy with off-the-shelf components, and in many cases he challenges the top engineers in the world to build to his desired spec, positioning S²A as industry leaders in sustainability and organic building materials.

With a steadfast focus on engineering and building the most energy-efficient, renewable-energy smart homes, hotels, and multi-family buildings both domestically and internationally, John works to change the way homes are built inside and out. By utilizing low voltage components and organic building materials while achieving not only a Net Zero energy rating, John’s newest line of sustainable engineered homes are actually “Net Positive” a term like “GREENLUX” coined by the S²A Team.

Born and raised in Orange, California, John embraced the art of home building at a young age, learning from his father who built spec homes in Southern California. Shaping his career as a real estate developer, John attributes his expertise, successes and work ethic to his father Marvin Rowland.